Over the course of my career, I’ve noticed that sellers who most often advance to leadership positions have diversified skill and knowledge sets, are proactive learners, and know how to sell themselves.

Below are my recommendations for four behaviors that can help you advance your sales ambitions:

More than other professions, a career path in sales can feel narrow because of its emphasis on financial achievement. The maniacal focus on revenue growth often leads sellers to hunker down in a single industry, insulated from challenges beyond hitting a number QoQ, YoY. I’ve encountered many sellers who are suddenly burned out and looking for context change. But often they lack diverse enough skills or knowledge to successfully transition into a new industry, role or company despite having an exceptional track record ringing bells and blowing through quotas.

One of the easiest ways to mitigate this risk while also building long term professional equity is to identify small ways to develop micro-expertise while doing your job. This type of diversity will help accelerate your professional trajectory while giving you more security to pursue new opportunities down the road.

Much of my own success has happened because I went out on a limb to learn new things. For example, early in my career I asked to go to the first conference dedicated to digital political marketing. At later jobs, I became an expert on addressable TV and forged a strategy for growing US Hispanic advertising revenue. These weren’t defined areas of my job as a seller. They were side projects that I volunteered to pursue that also drove revenue for my companies while providing me leadership experiences. All of these areas of micro-expertise have benefited me in each subsequent job where I became a go-to source on these topics.

I’m always impressed when I see a resume from someone who has obviously taken the time to acquire different skills. It amplifies their effectiveness as a seller by demonstrating curiosity, initiative and flexibility to take on new challenges. Even if you’re uncertain where it may lead or how it will help you hit your numbers, be willing to take on a project that’s new and interests you. Volunteer to go to a conference to field a new market; take a class that will allow you to introduce a new skill or topic to your co-workers; raise your hand for a special project!

2. Ask for opportunity before it presents itself.

Put another way, don’t wait! This is true in life, but particularly acute in sales. Sales managers have a rightful aversion to sellers that wait to ask for an opportunity. It is an indicator of insecurity and/or lack of foresight – not attributes desirable in the people entrusted to build your company’s lifeblood. If left to a potential customer to decide timing, sellers would most likely miss the critical meeting, RFI, proposal and subsequently contract. (It’s why I cringe when I read “waiting to hear back” in a Next Steps field in Salesforce.) If you want to prove yourself as a worthy seller for hire or promotion, the same best practices hold true. Don’t wait for the sales role that you want to become available to express interest. At that point, you’re already behind.

In my final interview for a sales job at Yahoo!, the regional VP asked me if I had any last questions. After asking a couple, I proceeded to tell her why I was excited by the opportunity and that I wanted the job. Her candid response stuck with me, “You know, nobody ever asks for the job anymore, but you did. That’s so refreshing.” I didn’t go into the conversation planning to ask for the job, but took note of her feedback and have subsequently baked it into my own communication strategy when pursuing new opportunities.

The most common instance I have seen the “waiting game” play out is with people who are in sales support positions such as Account Managers or Sales Planners. These roles are natural springboards into sales. I’ve worked with exceptional and driven people in these roles, but have felt empathy for their missed opportunity when their first motion to move into sales occurs when a sales position suddenly becomes open. My advice in these instances is to make your intentions known to all members of the sales management team well before an opening exists. More importantly, ask for their recommendations on what you can be doing today to get the job tomorrow, seek out the sellers you work with as mentors, ask to present in meetings or outline a strategic account plan. Lay the groundwork for the job so that you become the logical choice when the job opportunity presents itself.  If you’re particularly effective, your work may actually be the cause of a new opening created just for you.

3. Mobilize Your Curiosity Beyond Sales.

Whether prospecting new business, discovery conversations with potential customers or overcoming objections, sales is a tactical and iterative business where learning can feel more like circuit training than intellectual aspiration. It’s easy to get tunnel vision, feeling like an enriched seller by role playing, staying on top of the latest news about your key accounts, reading trade magazines and the occasional sales philosophy book. These are all best practices of a salesperson who is on top of their game. But broadening the type of information you consume can be a tremendous accelerator to advancing your career and nearly a necessity the higher up the ladder you go.

When I came out of college, I had a Psychology degree and no clue what I actually wanted to do. I certainly never thought I’d be a salesperson. After waiting tables and temp jobs for a year, I ended up working as a salesperson for a wine distributor. I was excited by my fledgling career in sales, but bored by the Food and Hospitality industry. To resolve my discontent, I set out to learn about all aspects of emerging business. (Keep in mind this was the late 90s, during the dot-com bubble and excitement about all the possibilities surrounding “The Internet.”)  I read voraciously about business and technology concepts I didn’t fully understand, accepting that I may only retain a fraction of what I consumed. I had a bookshelf dedicated to works like HTML for Dummies – a humbling read for multiple reasons from a liberal arts school major!

Within a couple of months of this discovery period, I ended up at a party where I met a woman who worked for The Weather Channel. Having just read a blurb in Fortune magazine about the company, I was able to say: “I just read an article about how efficient The Weather Channel is retaining their subscriber base.” She was impressed I had registered such a small detail about her company’s business. This sparked a conversation that ultimately lead to a job as a sales planner, the beginning of my career in digital media.

Just about every senior sales leader I’ve admired has been a heavy reader across a variety of publications and topics… daily news, trade magazines, 21st Century business books and classic leadership memoirs. More importantly, they always talk about what they have read with modesty, emphasizing with admiration what they learned from a book and curious in kind to hear from others. It’s a powerful behavior that I have been inspired to emulate.

Mobilizing your curiosity is more than reading different stuff, it’s about enthusiastic, focused learning. Becoming a student of things beyond customer or sales related topics makes you a more effective seller, exposes you to new interests and leads to powerful networking opportunities.

4. Know How to Sell Yourself.

Ironically, some of the most established salespeople happen to be horrible self-promoters. I see a lot of candidates who spent long periods of time at respected companies with great references, but barely list accomplishments on their resumes. Another weakness that I often observe in interviews is lack of self awareness, particularly when it comes to a candidate articulating what they are good at and what they enjoy doing. For example, there is nothing more refreshing than someone who can honestly say they enjoy hunting more than harvesting or vice versa. When asked point blank, too many are quick to try and posture for both even when given the luxury of being told “we’re hiring for both.” It’s a defensive position, not one of someone that knows who they are and the value they bring.

But even for the most successful salespeople, there are situations to avoid and patterns of behavior to be mindful of outside of the interview process. Not surprisingly, this is a particular challenge for women.

As a manager, I had a situation where two sales representatives reported into me: a man and a woman. Both were awesome in their own right. When my boss came into town, they spent an hour each presenting account strategy plans. The woman on my team, who was more established and doing fabulous work, came in and talked a lot about “we.” When discussing past work, she was critical of her own performance in a self reflective way, but she shared credit for the success. “We did this, we did that.” “I need to be doing this. I need to be doing more of that.”  The man, on the other hand, came in guns blazing about his accomplishments. When he spoke, he said “I did this” when talking about his successes and “I’m going to do this” when talking about his future plans for conquest.

When they left the room, it was obvious to me who the stronger seller was. But my boss, who wasn’t as privy to day-to-day work, saw other things. In short, he saw the male seller as the stronger team member because of how he represented his work. This experience, witnessing the difference between how male and female sellers represented themselves and the resulting perception of sales leadership, has been one of the most important lessons in my professional life. If you share too much about your weaknesses in a situation that is intended to illustrate your strengths, people will likely hear negativity.

As a woman, I work consciously to avoid falling into this trap myself. I’m my own worst critic so do a mental check to make sure I’m not dwelling on the things I could be doing better. If my boss, peers or direct reports want to mention areas of improvement, of course I’m receptive to it. But when I speak about my work, I go out of my way to own my success.

In order to truly advance in your sales career, it’s not enough to be excellent at crushing numbers and slaying proverbial dragons. You have to invest in yourself beyond core salesmanship.  Of the four behaviors I’ve outlined, there is plenty of complimentary overlap: Knowing how to sell yourself will help you ask for the opportunity. Mobilizing your curiosity will help you build new knowledge and skills. In the end, following these recommendations will make you a much more effective seller and leader. 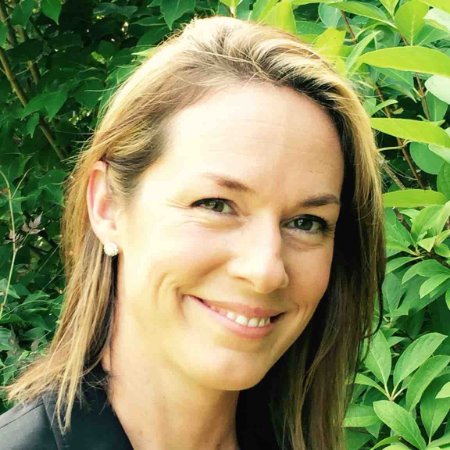 Caitlin is EVP of Sales at White Ops, a New York City based cyber security company that protects the internet from malicious bots.