We know that women earn less than men. In fact, women make 83% of what men earn on an hourly basis. While there are many different causes behind the problem, one reason is this: Women are oftentimes reluctant to ask for a raise.

According to one recent survey, only 16% of women always negotiate compensation after receiving a job offer or during performance evaluations. Social psychology experiments demonstrate that men are nine times more likely to directly ask for more money. And many women doubt their effectiveness as negotiators, with a mere 15% strongly believing that they are effective negotiators.

The good news is that negotiating a raise is a skill that can be learned—even if it feels uncomfortable at first. By following these tips, you can gain confidence in asking your supervisor to pay you what you’re worth.

1) Keep a comprehensive record of your accomplishments.

In order to make an effective case when asking for a raise, you’ll need to prove your value to the company. The best way to do that is to track your accomplishments. Be concrete. You’ll want to include specific details on the biggest deals you close, lifetime customer value, and other critical data on revenue generation.

Record data on general performance, such as number of deals, revenue produced, percentage of quota attained, etc. If you can show that you’ve repeatedly exceeded expectations, that’s a major point in your favor.

Your record of accomplishments can also include information on your contributions to projects and everyday tasks that don’t directly produce sales, but nevertheless provide value to company success. If you’ve successfully mentored a new sales rep, mention it. If you’re the person everyone goes to for help with the CRM software, get a testimonial from a coworker.

By recording your accomplishments, you can then present an evidence-based case for a raise. You’re not just saying, “I’d like a raise.” You’re saying, “I produce revenue for the company as evidenced by x, y, and z, so I’ve earned a raise.”

2) Research typical salaries for your position and have a target salary in mind.

To bolster your case further, research typical salaries for sales professionals in your position. Good resources are Payscale, Glassdoor, and Salary.com. When researching, take factors such as industry, location, and seniority level into account. This should give you a good starting place for your salary negotiations.

Go into negotiations with a target salary, and be upfront about what the figure is. Preferably, you should choose something that’s towards the upper end of the salary range for people in comparable positions. When you go into negotiations, be prepared to cite this information and explain how you arrived at your target.

3) Approach the subject at an appropriate time.

Timing is everything when it comes to asking for a raise. So think carefully about the best time to broach the topic. Potential times include after you’ve just completed a major success or at your annual performance review.

When you decide to ask for a raise, tell your manager ahead of time that you want to discuss this issue. This enables your boss to come into the meeting prepared to discuss the topic. They might need to consult with others prior to entering negotiations. By giving your manager a heads-up, you establish yourself as a professional who is open to reasonable negotiations.

Keep in mind that many companies have policies for when salaries can be changed. If you can, try to find out when those time are. It’s okay to bring up the subject with your direct manager at another time, but be understand if they can’t make changes right away. The Board of Directors may prefer to designate its own pay cycles.

When you talk about a raise with your manager, it’s critical to maintain the highest level of professionalism. You should enter the room with a professionally formatted list of your accomplishments. List your salary ask at the top of the document to demonstrate transparency.

In making your case, avoid any hint of disparaging your coworkers. This conversation shouldn’t be about them. It’s about you and the value you bring to the company. Everything you say should be backed up with data and other hard evidence. Don’t use terms that focus on your personal feelings, like “I feel” and “I want.” Even though asking for a raise may feel deeply personal to you, try to approach it like you would a meeting with a prospective client.

If you’re not sure how to discuss getting a raise, practice ahead of time. Try to get feedback from someone you trust to be honest in their assessment of your effectiveness.

5) Be persistent but flexible in the negotiation process.

You don’t want to meekly fold at the slightest sign of potential conflict. At the same time, it’s counterproductive to continue arguing even after your manager makes it clear that a raise isn’t in the cards right now. Maybe your company just doesn’t have the money for a salary increase. If that’s the case, you only hurt yourself by insisting on a raise. To leave the door open for future negotiations, you need to prove you’re a team player.

However, even if you hear “no” to a base salary increase, there are still other avenues of negotiation open to you. Consider negotiating other benefits: bonuses, vacation time, a more prestigious job title, greater flexibility in your working hours, a higher commission rate, etc. Your boss may be more open to those benefits.

If you’re still interested in a salary increase, try asking your manager outright what you have to do to earn a raise and when you should next broach the topic. Then, do what you need to do. That demonstrates your willingness to provide more value to the company, not just to improve your own compensation.

Asking for a raise is hard! But by learning how to master this skill, you can build a successful career in sales. 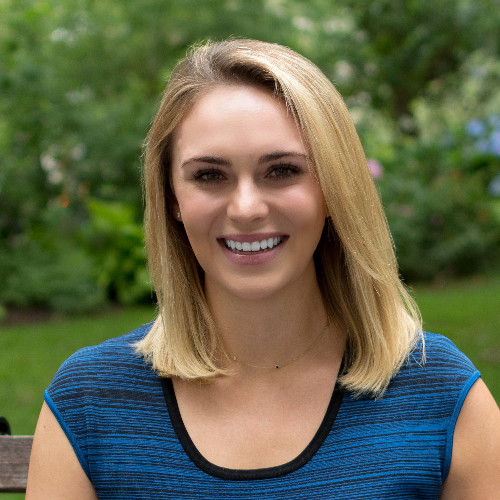 Alex is the Executive Director and mentor at Women in Sales Everywhere.  She was previously the Director of Talent at Bowery Capital, a venture capital investor focused on founders looking to modernize business through technology.