I never expected I would be here at a Financial Technology company leading the enterprise sales team. My career path has been unconventional to say the least. These experiences have taught me many things, one of which is how to navigate a career in sales.

Whether you are considering a future in sales or a general career switch, below are a few pointers I’ve picked up along the way:

After I finished undergrad, the roles I worked in were largely analytical in nature – consulting, project management, strategy, etc. Upon completing my MBA, this was the type of role I found myself in again at my current company, CommonBond.

While I enjoyed this work, I became frustrated with the inability to point to clear outcomes that were the product of my efforts. I’d reached a stage in my career where I wanted to show I could drive results, not just analyze problems. I had also come to learn that if I did not change over to a producer-type of role, I would be pigeon-holed into the “that person can think, but can’t actually get anything done” category.

About 6 months into my consulting role at CommonBond, I saw a posting on Linkedin…for a sales role at CommonBond! I set up time to meet with the Head of Business Development, who was the hiring manager for that role, and pitched him on why I thought I would be a great fit even though I had zero sales experience.

At first he looked at me like I was crazy. As he stopped to reflect on the idea, he said that he’d noticed my work over the past few months and thought I had the core skills to be a good salesperson. He ended up taking a huge chance on me and gave me the job. In essence, it was the first sale I ever closed.

What I learned from this experience was the value of putting yourself in situations where opportunities arise. When those opportunities come about, speak up and ask for them.

If you’re not in sales but you want to be, there are a few steps you can take now to narrow the gap between where you currently are and where you are trying to get to.

Here are my recommendations:

Entering sales means picking up a whole new set of skills and knowledge. A realistic approach to learning the necessary skills is to take it step-by-step. That’s why I’m a big advocate of microlearning.

In my experience, you can’t go to a two-day seminar and expect you’re going to come out a different person. Although it can be tempting to believe you’re going to remember everything they told you and put all of it into practice, it’s simply not going to happen.

Instead, I’m a proponent of learning one new concept and then trying to implement it on a call the next day. If it works, then great. You’re that much better. If it’s not a fit for you, you haven’t invested a lot of time into it.

My favorite resources for microlearning include podcasts, LinkedIn trainings, and blog posts. I’m a particular fan of John Barrows’ blog and podcast. I highly recommend checking it out!

2) Learning to connect with prospects

I’ve been focused on developing my ability to form genuine connections with prospects. Earning someone’s trust is such a big part of sales. Given the analytical roles earlier on in my career, I previously had been more concerned with the competency part of the equation. Now I’m shifting gears.

In my case, I’m selling a product that most people have never heard of (Student Loan Benefits). Since I’m selling something new, I have to set the stage well for a prospect to be interested in continuing the conversation . My biggest competitor isn’t another vendor. Rather, it’s a prospect’s choice between my solution and doing nothing. That’s one of the reasons it’s so critical that I connect with prospects early on to understand how they are thinking—or not thinking—about my product. If someone isn’t compelled to be transparent with me about their intentions and interest, I’ve lost already.

Sometimes building a real connection can involve interactions that seem a bit counterintuitive. Making mistakes is a part of being human. Recently, I watched a new member of my team hold an intro call. He got tripped up at one point and said, “Sorry about that, I’m new at this and still learning the ropes.” His acknowledgement of that went a long way to establishing himself as a real person with the individual on the other end of the line. Although it appeared to be a blunder initially, it was actually a great way to connect.

3) Figuring out your path to professional advancement

The moral of the story is there isn’t a one-size-fits-all career path for sales professionals. For me, sales is an incredibly valuable part of my journey to running a business someday. If I can understand the revenue side of the accounting equation, I’m halfway there.

For you, sales may be the starting point, end point, or your whole career – it comes back to what you want to do and how you go about creating your own opportunities.

The conventional path isn’t the only option. Figure out where you want to be and how sales fits into your story. Once you know that, sales can take you to any number of destinations. 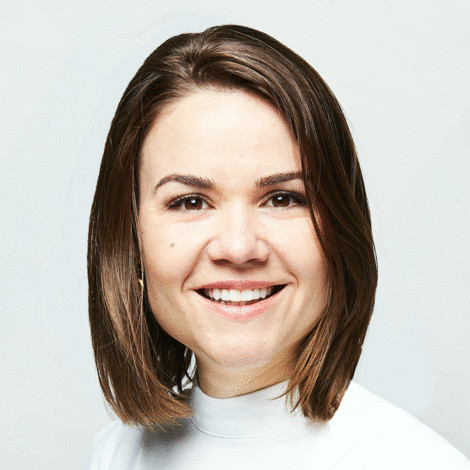 Tara Fung is the Team Lead of the Enterprise Sales Team at CommonBond.co, a leading financial technology company in higher education that refinances graduate and undergraduate student loans for university graduates. Before CommonBond, Tara got her MBA from Harvard Business School and held leadership roles at Daimler and American Express.